And what the temperatures have been in the Central Europe? See for yourself. Our Klementinum station has had temperature data since the late 18th century. No Hockeystick. If we correct the contemporary urban-heat-island effect, we can see that two centuries ago it was almost as warm as today. So where is this disastrous unprecedented global warming? The following study estimates, that the temperatures at Klementinum are distorted by some half a degree Celsius. This is the Urban Heat Island effect in Prague.

Brázdil, Budíková. An urban bias in air temperature fluctuations at the Klementinum, Prague, The Czech Republic.

And our recent 20th century warming stopped in mid 1990s. Just as Phil Jones said: no statistically significant warming over the last 15 years. 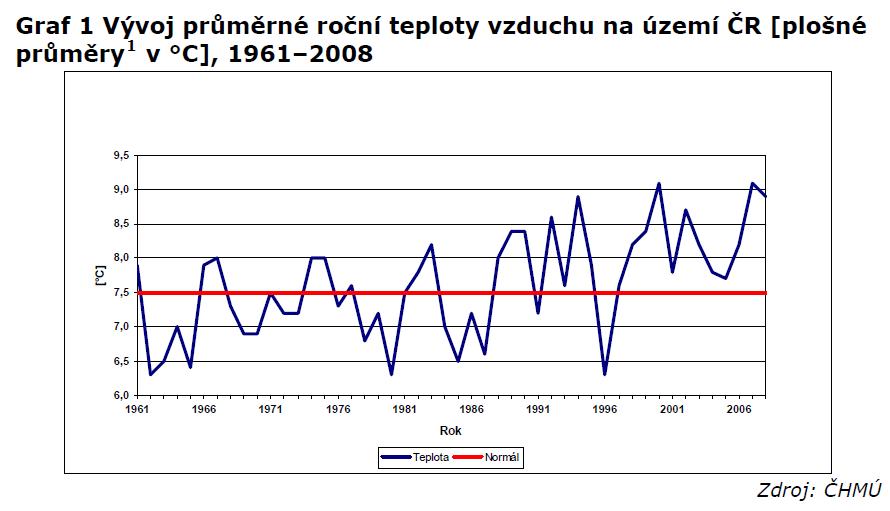 (Czech Republic average annual temperatures. Can you see any increase in the last 15 years? Nope. The temperatures jumped between 1980s and 1990s suddenly and that is all).

The Czech climatologist Jan Pretel from CHMU has been our man in IPCC since mid 1990s. Now the focal point is Mr. Ladislav Metelka.

If you google translate the article by Z.Vašků: "Naše malé pluviály" (https://www.vesmir.cz/clanek/nase-male-pluvialy-(2) in the Czech science-popularisation magazine "Vesmír" (i.e. Universe) you can read about a cycle in rising and falling rate of rainfall/floods in a roughly two century long cycle in the Central Europe.

When the article was published in 1997 the text contained a prediction that another pluvial with higher floods should come asap. And it really happened as predicted!

But it is a naturally occurring phenomenon. Not caused by man.