CHECK OUT THE CZECH

Czech Republic is the small dot next to Germany. The best known world beer brands are from this country (Budweiser or Buds,  Pilsner or Pils). Successful hockey players (Hasek, Jagr). Our cuisine is similar to German cuisine - bratwurst, pork, beer, kraut, dumplings... heavy stuff. Members of EU since 2004 - with mixed feelings. Under communism we dreamt of becoming a part of the Western EEC. We did not expect it would mean banning of lightbulbs, banning of thermometers, paying fart-tax, living in bunkers (passive houses) and suchlike.

The capital city of the Czech Republic is Brussels. 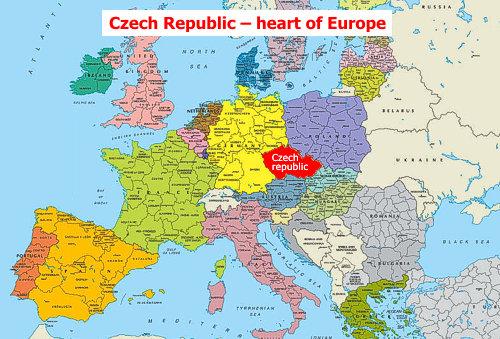 The Czechs are mostly climate heretics. Why?

In the past century our country changed its owner several times. With every new master new Truths came. We were forced to believe in the Divine Austrian Emperor, national revival, Nazism, after that Communism, Environmentalism, Europeanism... You grow tired of changing your beliefs every generation. You believed in something, then you got disappointed and you hesitate to do the same mistake again.

The Czechs have grown so skeptical to propaganda, that - unlike Americans for example - they even do not trust commercial advertising...  and if they do, they are ashamed to admit that. Because we consider it as a sign of naive credulity, lack of critical skepticism.

Even in the Middle Ages we were the first heretic nation in Europe who dared to challenge the corrupt political establishment, which abused noble ideals for lowly frauds. We started the Reformation. Now it has come again. The rulers want again to sell us (carbon) "indulgence - pardons" for our purported sins. This is what John Huss fought against!